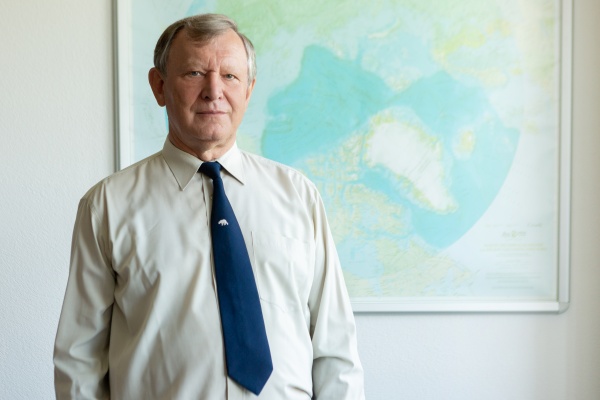 Although located far from the polar regions, Poland has maintained a long tradition of studying these still not fully researched areas of our planet. The first Poles who reached the frigid zones were scientists exiled by the Russian tsar to Siberia in the 19th century.

Polar research naturally combines activities in the fields of exact and natural sciences as well as technology and engineering. The results of the studies, as well as the logistic and exploration activities, contribute to other domains as well, such as medical sciences, humanities or social sciences.

Poland’s participation in cooperation and competition by taking part in the global research of the polar regions has a major impact on our international position. Poland is represented in the Scientific Committee on Antarctic Research, International Arctic Science Committee, and European Polar Board and is a signatory to the Svalbard Treaty and the Antarctic Treaty. Several places in the polar regions have geographical names of Polish origin, such as Polakkbreen (Poles’ Glacier) and Kopernikusfjellet (Copernicus Mountain) in Svalbard, Polonia Glacier in Greenland as well as Arctowski Icefield and Warszawa Icefield in the Antarctic.

Research carried out in the polar zones is the reason for Poland’s presence in the Arctic and in Antarctica, with all the incurred costs, but also with all the benefits, such as development and access to knowledge, international reputation as well as exploration and exploitation of the polar ocean resources and mineral resources. Particularly valuable are the studies of the beginnings of the Earth as they are extremely promising in the polar regions. Another significant aspect is the application of knowledge-based on own research with regard to the directions and pace of global climate change. We are able to gain such data by examining the most sensitive circumpolar areas. This can result in measurable effects related to the country’s climate policy and involvement in new areas of economic activity in the warming Arctic.

Research in the polar zones is by definition international. Consequently, it is fairly obvious that international standards must be met and international methods and technology must be applied. They are the driving force for highly specialized and interdisciplinary research at the highest world level. Poland’s research infrastructure consisting of the polar stations in Spitsbergen and in Antarctica is very much in line with all the seven priorities in the area of research and innovation defined by the European Union in the Horizon 2020 programme as well as the priorities indicated through the National Smart Specialisations (KIS – 2018) and in the ‘Strategy for Polish Polar Research 2017–2027’ adopted by the ministries.

The Polish polar stations and vessels are regarded to be international research platforms and play the role of centres which attract research teams specializing in many fields of science. They are the ambassadors of Polish science and the place where major international and national projects can be launched. Their ability to attract potential partners and funds requires chiefly high quality and modern infrastructure as well as potential in terms of equipment.

The extensive research programme will ensure Poland’s permanent contribution to creating international databases and access to national archives with observation data. The programme will be carried out thanks to close collaboration with university centres, members of the Polish Polar Consortium. It consists of five research institutes of the Polish Academy of Sciences, eleven higher education institutions and one commercial institute, with the University of Silesia as the leading institution. The scientific staff at the Polish Polar Consortium is composed of more than 500 active experts in various fields, with more than 100 associate and full professors, around 150 assistant professors, more than 200 junior researchers as well as about 50 persons of qualified technical staff.

The institution where most future polar researchers are educated is the Centre for Polar Studies at the University of Silesia in Katowice with its International Environmental Doctoral School as well as master’s studies.

Committee on Polar Research of the Polish Academy of Sciences has been the coordinating body for Polish studies carried out in the Arctic and in the Antarctic regions for more than forty years.

Stanisław Baranowski Polar Station of the University of Wrocław (Spitsbergen)