How Has the Language of the Aztecs Changed?

An international research group led by Professor Justyna Olko from the University of Warsaw studied the centuries-long history of Nahuatl, which has changed under the influence of the Spanish language and culture.

NAHUATL USED to be the language of the Aztec empire. It is from Nahuatl that we borrowed the words chilli, avocado and chocolate. Today, it is an endangered indigenous language in Mexico. Funded by a grant from the European Research Council, the project entitled ‘Europe and America in contact: a multidisciplinary study of cross-cultural transfer in the New World across time’ focused on the history and the mechanisms of change in Nahuatl.

The research was mainly carried out in the states of Tlaxcala and Veracruz, where numerous Nahuas – descendants of the Aztecs – still live. The findings show that Nahuatl did not change as much as it is commonly believed. Its modern speakers are able to read texts from the 16th century. According to official estimates, modern Nahuatl is spoken by approximately 1.5 million Mexicans. These are mostly elderly people living in small, scattered communities.

Professor Olko specialises in ethnohistory, anthropology and sociolinguistics, with a special focus on the cultures and history of Mesoamerica. She is actively involved in the revitalisation of endangered languages, including Nahuatl and minority languages in Poland.

What changes did you detect in Nahuatl in the course of your research?

PROF. JUSTYNA OLKO: In some respects, Nahuatl gradually became more similar to Spanish. It absorbed many Spanish words. Structural changes also took place, altering the typological profile of the language. Yet Nahuatl remained in a fairly good condition until recently. Paradoxically, five centuries of colonisation contributed to its extinction less than the processes of the last hundred years.

Which processes do you have in mind?

The 19th century brought the notion of the nationstate with one language and one coherent culture. Minority and indigenous languages as well as their users became subject to discrimination and were perceived as an obstacle to modernisation. There were even instances of deliberate ‘linguicide’ by means of a compulsory transition of indigenous children to the dominant languages. Such practices were common in Mexico, but also elsewhere.

Are endeavours to save endangered languages not merely opposition against inevitable transformations?

Language death is a natural process, but it was in the 20th century that it drastically gained momentum. A considerable number of minority language users have experienced marginalisation and discrimination because of their heritage languages. People who have a worse command of the dominant language are considered less educated and have fewer opportunities to find a good job. Certainly, this process cannot be completely reversed or contained. Still, modern states are beginning to realise that linguistic and ethnic diversity are assets that deserve protection, e.g. by introducing minority languages into schools. But this is not enough.

What does a language need to survive?

People have to speak it on a daily basis. And they should use it to create cultural texts. As researchers, we took up activities to support various initiatives in the course of the project ‘Engaged Humanities’ (2016–2018) and some other undertakings. For instance, we have been collaborating with local activists to support the survival of Wymysiöeryś.

This language is spoken exclusively in the town of Wilamowice in southern Poland. Until recently, due to post-war repressions and ban on using the language, it was spoken merely by several dozen oldest community members. Now, this group has also embraced several dozen young users. Wilamowice has become a laboratory of language revitalisation, which is visited even by… the Nahuas, descendants of the Aztecs. The revitalisation process is supported by young people, local organisations, municipal authorities and the local school. Four theatre plays have been written and staged in Wymysiöeryś. The experience gained and lessons learnt in the course of these activities can be useful for other communities worldwide, including in Mexico.

Center for Research and Practice in Cultural Continuity 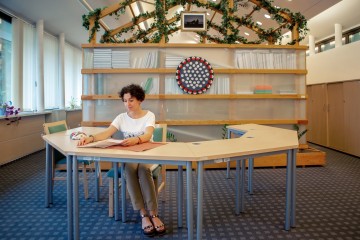 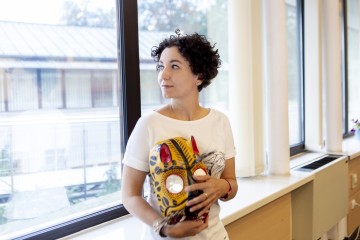 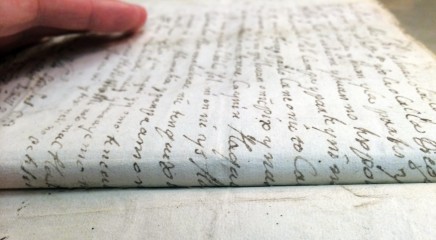