Luminescent Chemical Sensors –as a Source of Information

Chemical compounds with unique properties involving reaction to light and groundbreaking application in the motor, printing and aviation industries as well as molecular biology have been invented at Cracow University of Technology.

‘CHEMICAL MOLECULAR sensors are entirely new compounds of rare earth metals. They have been developed to monitor the processes of photopolymerisation and kinetic changes in polymeric layers,’ explains Dr. Joanna Ortyl from the Laboratory of Photochemistry and Optical Spectroscopy of the Cracow University of Technology.

The invention made by the researcher can be used in the automotive, furniture and printing industries, in manufacturing packagings for the food sector and in applications where materials are subject to photocuring, that is hardened through exposure to light. The luminescent organo-inorganic molecular sensors invented by Dr. Ortyl enable measuring the properties of varnishes, glues, paints and other substances that harden upon exposure to light without any mechanical interventions in the material. In addition, the measurements may be taken at the moment of curing, that is on-line and in-situ. For example, Dr. Ortyl’s method allows to measure the thickness of the coating of paint put on the car body and find out how long it takes to dry.

Dr. Ortyl’s sensors were developed on the basis of compounds of europium, terbium and samarium, whose analogs are used, for example, to produce diodes – LED-type light sources. ‘The chemical sensors made from them are luminescent in the visible region of the light spectrum. Depending on the type used, it is possible to obtain a sensor that is red, orange, green, up to the range close to the nearinfrared region NIR,’ says Dr. Ortyl.

Molecular sensors are chemical compounds in the form of colourless powders or possibly liquids. Added to the cured composite in trace amounts, they can give information on the progress of chemical reactions in the material. In the course of photopolymerisation, they absorb light and then emit electromagnetic radiation of a specific colour, which in turn carries information about the processes in the material. Chemical sensors do not affect the properties of the polymeric composites and the resulting polymer coatings. Dr. Ortyl’s invention hasbeen patented.

In her study of the new compounds, the scientist used the unique method developed in the Laboratory of Photochemistry of the Cracow University of Technology – the Fluorescence Probe Technology (FTP). ‘This method of monitoring the course of photopolymerisation allows to optimise the parameters of the process and control the quality of the products,’ says Dr. Ortyl.

Together with her research team, Dr. Ortyl continues studies on the use of sensors from rare earth metals. She is testing sensors that could be applied to measure pressure changes. These sensors are expected to be cheaper than the currently used compounds based on platinum, which is relatively expensive when used for such purposes. The pressure sensors developed by Dr. Ortyl’s team are sensitive to pressure fluctuations and not only to changes in oxygen concentration, as in the case of the current pressure sensors. Thanks to their unique properties, the new sensors will be able to measure changes caused not only by the pressure of air, but also by liquids (e.g. water in the course of immersion, on the surface of ships) or solids. Moreover, the researcher is working on temperature sensors applied in the form of polymer coatings.

In addition, Dr. Ortyl carries out research on photopolymerisation. Her team’s invention ‘New photoinitiating systems for processes of cationic, free-radical and hybrid photopolymerisation under UV and visible light’ was awarded the golden medal at the Silicon Valley International Invention Festival – SVIIF in the United States in 2018. The invention are new photosensitisers that absorb the energy of light radiation and transfer it to substances that take part in photochemical reactions, which accelerates surface hardening.

Faculty of Chemical Engineering and Technology

Laboratory of Photochemistry and Optical Spectroscopy 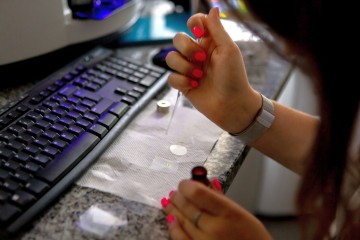 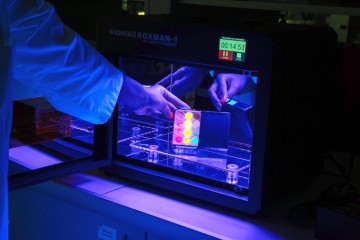 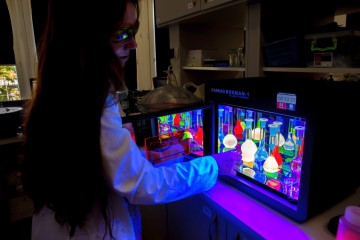 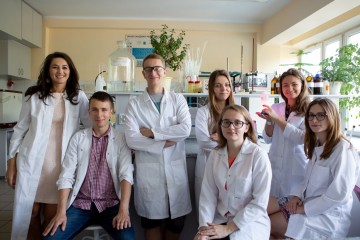 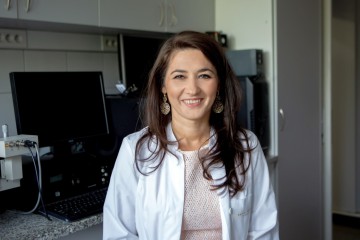