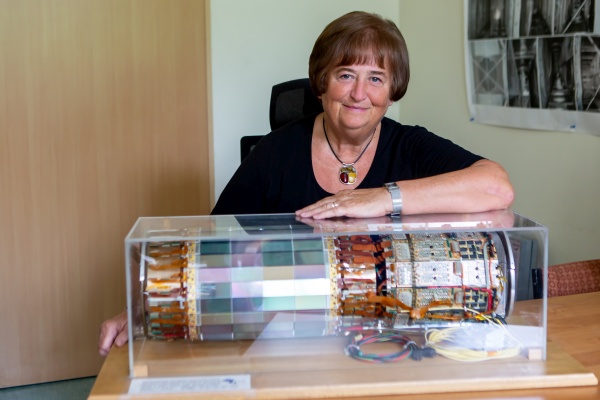 Particle physics deals with the fundamental constituents of matter and their interactions. In the study of the origin of the Universe, particle physics, which reproduces the conditions as close as possible to the Big Bang, is complementary to astronomy, which does it by looking further into space. The physicists and engineers involved in the development of accelerators, detectors, electronics and IT tools, required by particle physics, overcome successive technological barriers and contribute significantly to the general development of technology. Note that the WWW protocol was created at CERN (European Laboratory for Particle Physics) for the use of large international collaborations involved in particle physics experiments.

The founding fathers of the Polish School of Particle Physics were professor Marian Mięsowicz in Cracow and Professors Marian Danysz and Jerzy Pniewski in Warsaw. The research initiated by Mięsowicz in the 1930s and led by the three professors after the war was concerned with cosmic rays. The most spectacular achievements from this period include the discovery of the first hyper-nucleus, made by Danysz and Pniewski in 1952 (nominated several times for the Nobel Prize) and in Cracow the identification of the background from the natural radioactivity of rocks in the study of cosmic muons (the first Polish paper published in the Physical Review after the war, in 1950).

CERN has been particularly important for the development of the Polish school. This leading laboratory of particle physics was founded in 1954 as a common project of twelve European countries. For political reasons Poland was unable to participate, but owing to the contacts of professors Danysz, Mięsowicz and Pniewski, their students were being invited to work at CERN since the late 1950s. Soon Polish groups began joining international collaborations, analysing in Poland the data acquired at CERN. Also Polish theorists, working on the phenomenology of particle interactions, became much appreciated. As a result, as early as in 1964 Poland, as the only country from the Soviet block, enjoyed the status of observer in the CERN Council. On 1 July 1991, again as the first from among the eastern countries, Poland became a full member of CERN. Since the 1970s Polish scientists have been taking part in the leading CERN experiments, contributing also advanced equipment built in Poland. Poles were co-authors of top discoveries like the determination of the number of families of the fundamental particles of matter in experiments at the LEP collider, or the discovery of the Higgs boson in experiments at the LHC collider. Thanks to achievements of the Polish particle physicists many of them were invited to give plenary talks at the most important international conferences. Signs of the position of Poland at CERN include the participation of Poles in the governing structures of experiments, their success in getting prestigious positions and scholarships, membership of scientific committees, in particular that of the Scientific Policy Committee advising the CERN Council, Polish companies signing contracts with CERN, and finally being elected to the position of Vice-President and recently to the position of President of the CERN Council (up to now the only President from beyond the twelve countries which have founded CERN).

Besides the leading centres in Warsaw and Cracow, groups connected with particle physics are working in Katowice, Kielce, Lodz and Wroclaw, with smaller groups in some other centres. Although CERN is our leading partner, Polish scientists also work in other prestigious laboratories, e.g. in Italy, Japan and the US in the field of neutrino physics. The synergy of particle physics and particle astrophysics is gaining importance and should also be stressed.

It is not possible to quote in this short text all the physicists, engineers and technicians who have contributed significantly to the development of the Polish School of Particle Physics. Thus, only the names of the three founding fathers, who were and are unquestionable authorities for the community of particle physicists in Poland, have been given.

Physicist specialised in experimental particle physics, member of the Polish Academy of Arts and Sciences, member/chair of numerous national and international scientific committees and boards, recently e.g. President of the CERN Council (2013-2015), member of the Standing Identification Committee for members of the ERC Scientific Council (from 2014), member of the Execution Board of the European Strategy Forum on Research Infrastructures (from 2016).