More than 6,300 participants from over 90 countries, 24 HEIs at the Polish stand, and a Polish delegation of more than 60 persons. The 32nd Annual EAIE Conference and Exhibition – the greatest sector event in Europe – has come to an end. How did it go? Have a look at our report!

Experts and enthusiasts of internationalisation of science and education and mobility met in Barcelona from 13 to 16 September 2022. The event returned to the on-site mode after a break caused by the pandemic. The last opportunity to come together in person had been at the 2019 EAIE conference in Helsinki. After that, the event had been held online.

This year’s conference began on 13 September, but the formal inauguration was scheduled for the same day as the opening of the exhibition, i.e. 14 September. During the Opening Plenary, EAIE President Michelle Stewart emphasised that this was the largest of all the editions to date, with the exhibition including more than 200 stands and offering the chance to talk to representatives from over 90 countries. In addition, the participants were addressed by Gemma Geis i Carreras, Minister for Research and Universities of Catalonia, who thanked the organisers for choosing Barcelona as the setting for this edition.

Not only the organisers can boast impressive statistics. The Polish stand, being part of NAWA’s “Ready, Study, Go! Poland” campaign, gathered as many as 24 higher education institutions representing all regions of Poland. As a result, the delegation counted more than 60 persons. We were accompanied by medical, engineering and technical, economics, and general universities. There were both public and non-public HEIs. At our stand, offers of both international cooperation offices and representatives of departments for promotion were presented. It was a time to meet current partners, but also an opportunity to gain new ones. This purpose was served by not only the meetings at the Polish stand, but also networking events.

The Polish stand was officially opened by Dr Dawid Kostecki and our special guest – Polish consul-general to Barcelona, Ms Karolina Cemka. The event was attended by the universities present at the joint Polish stand, but also by NAWA’s foreign partners as well as by Edyta Lachowicz-Santos, member of the EAIE General Council. Also present were representatives of the Department of International Cooperation at the Ministry of Education and Science: Deputy Director Przemysław Skrodzki and Justyna Bylińska. 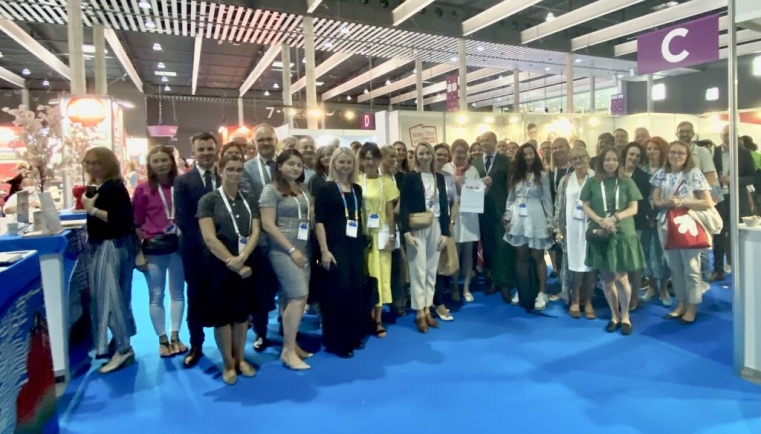 Sessions of the Polish HEIs

EAIE is not only an exhibition, it is also a variety of sessions and workshops held as part of the conference. At these events, experts in the field of internationalisation share their knowledge. It is also a forum for exchanging experiences, sharing good practices, and creating new ideas. It is therefore worth noting that one of the sessions, titled Green mobility: Coimbra Group Developments to Sustainability in Europe, was held by representatives of the Academic Exchange and Mobility (AEM) working group of the Coimbra Group network, of which one of the members is the Jagiellonian University. The session was chaired by Dorota Maciejowska and Izabela Zawiska from the Jagiellonian University, Tiziana Gatti from the University of Siena, and Michela Cobelli from the University of Pavia. The session provided a summary of the experiences of the universities associated in the network in using greener mobility solutions. It was attended by 62 representatives of various higher education institutions and foreign institutions from around the world, who likewise shared their knowledge and experiences concerning the development of a more sustainable mobility model in Europe and around the globe. 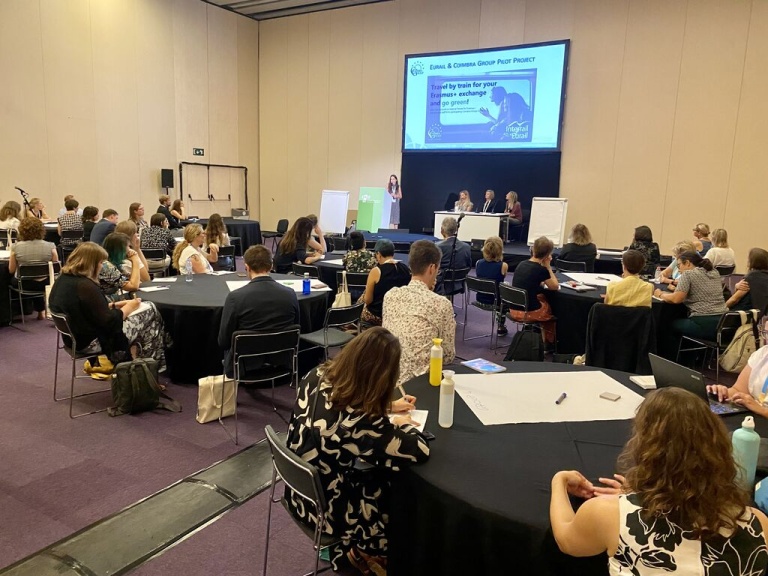 Meetings of the European Universities

The event provided an opportunity for universities associated in European University alliances to meet. At the beginning of this year, the European Commission granted the UNIgreen consortium, which includes Warsaw University of Life Sciences, the status of a European University. UNIgreen is a consortium of eight partner institutions specialising in agricultural sciences, life sciences, and biotechnology. The aim of the project is to strive to strengthen the links between education, research, innovation, good practices, and knowledge transfer so that the resulting alliance becomes a model European University in terms of higher education and research in the areas of Agro, Bio, and Life Science. The on-site EAIE conference was at the same time the first occasion for the alliance members to come together. 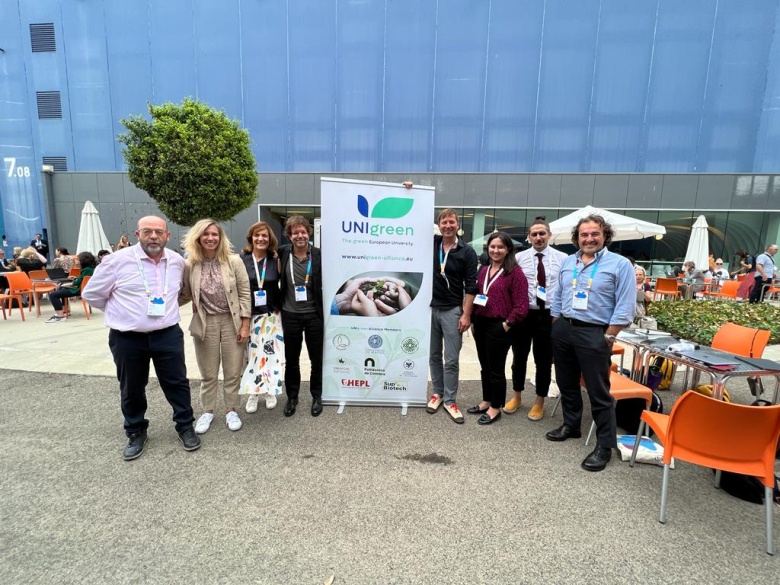 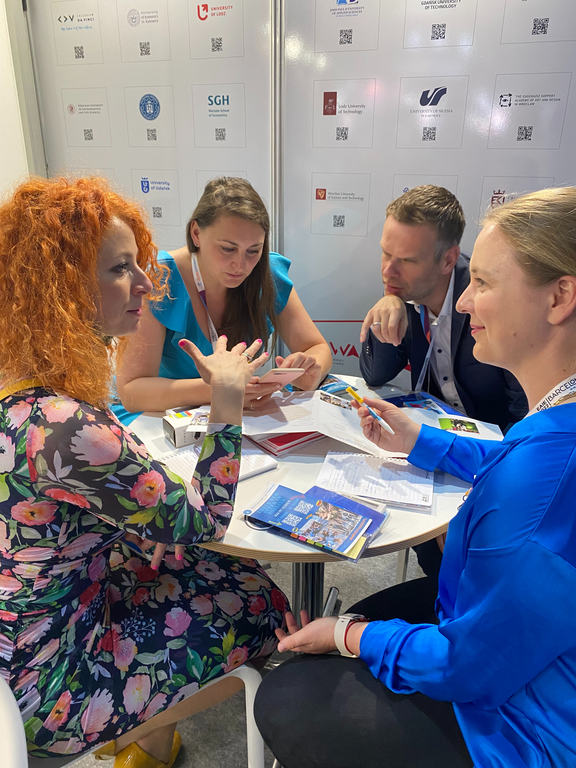 For the NAWA delegation, participation in the on-site edition of EAIE 2022 was an excellent opportunity to meet foreign partners and institutions with which we cooperate. Examples include the Slovakian agency SAIA, the Austrian agency OeAD, the Czech agency DZS, the Norwegian agency HK-dir, as well as ACA, IIE, and DAAD. It was also a good occasion to talk to representatives of NAFSA and APAIE, which, along with EAIE, are among the associations organising major sector events.

The Agency’s participation in the event provided an opportunity to present its programme offer and the campaigns it coordinates: “Ready, Study, Go! Poland”, which is dedicated to foreign students, as well as “Research in Poland”, addressed to foreign scientists.

The Polish delegation comprised the following HEIs (in alphabetical order):

Poznań University of Economics and Business

The AGH University of Science and Technology

The Eugeniusz Geppert Academy of Art and Design in Wroclaw

University of Economics in Katowice

University of Silesia in Katowice

Wrocław University of Science and Technology