On February 19, in recognition of the achievements of Polish scientists, we celebrate Polish Science Day!

The birthday of Nicolaus Copernicus was set as the date of the annual celebrations in recognition of his outstanding achievements in the field of astronomy. The Polish Science Day is to be an inspiration to follow in the footsteps of Polish researchers and to strengthen interest in science.

This year we are celebrating the Polish Science Day for the second time. The establishment of the date of the annual celebrations- as stated in the justification to the Act of January 9, 2020 - was "an expression of the highest recognition for the achievements of Polish scientists in the over 1000-year history of our nation and state." For centuries science was a key impulse for intellectual, social and economic development.

The discoveries of Polish researchers often had a huge impact on the course of history of all mankind. Among the most prominent Polish scientists, apart from Nicolaus Copernicus, also Jan Heweliusz, Ignacy Łukasiewicz, Karol Olszewski, Zygmunt Wróblewski, Maria Skłodowska-Curie, Henryk Arctowski, Ludwik Hirszfeld, Jan Czochralski and Stefan Banach were mentioned.

Contemporary Polish science can also boast of outstanding achievements. We encourage you to read the research descriptions of Polish scientists from recent years. 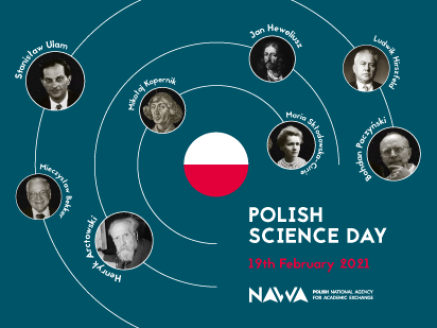