The Ulam NAWA Programme – an opportunity to cooperate with expert researchers

‘The Ulam NAWA programme is also useful for me for many reasons. The main one is that I can be based where I have access to a great library, but first and foremost to other academic staff,’ says Dr Matthew Frank Stevens PhD, FRHistS, a NAWA fellowship holder under the Ulam NAWA programme.

When in 1226 the Polish Duke Konrad I of Masovia asked the Teutonic Order to help him fight pagan Prussian tribes, he unintentionally started the process of German colonisation of Prussia and Livonia, areas which now belong to Poland, Russia, Latvia and Estonia. Today, almost 800 years after those events, British historian Matthew Stevens has come to Poland to the Nicolaus Copernicus University in Toruń as a visiting scientist under the Ulam NAWA programme to study this phenomenon. His aim is to compare German settlement in Prussia and Livonia in the Middle Ages with English expansion into Wales and Ireland. 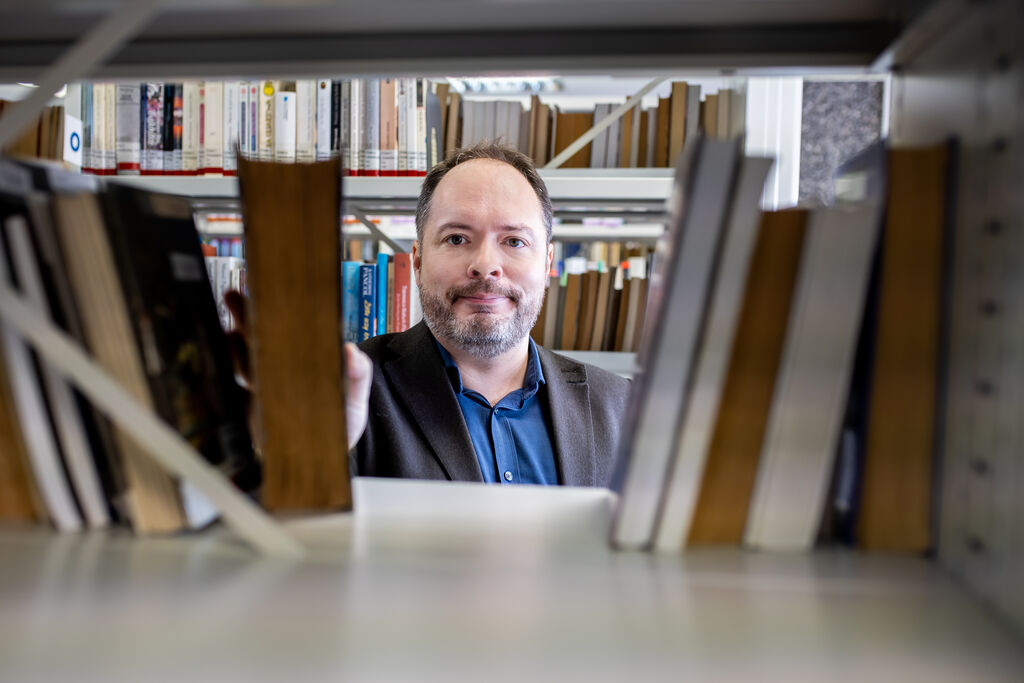 NAWA: The medieval Teutonic Knights who came to Prussia to convert the pagans had little in common with the Anglo-Norman aristocrats who were allowed by the king to annex land in Wales. Given this fact, why should we compare the two processes?

Dr Matthew Stevens: German colonisation of Prussia and Livonia and English colonisation of Wales and Ireland are part of the same phenomena. Both took place at the same moment in time and were driven by similar motivations: a rapidly growing population, land hunger, an aristocratic class looking for new areas to subject to their rule. Of course, there were differences: English settlers went to Wales to increase their personal wealth whereas colonisation of Prussia and Livonia was the result of a religious crusade. However, the results in Wales, Ireland and the Baltics were pretty similar. You ended up with a foreign ruling class and immigration of foreign settlers. If you want to go beyond narrow details and you want to see these events from a sociological perspective to discover why they did it and how society saw itself, etc. you need to compare two, three or four different locations.

Your research covers a lot of territory. Why did you choose Toruń for your fellowship and not another Polish city or even another country?

I have been connected to the Nicolaus Copernicus University for quite a while. The University Library here is home to the best collection of research materials in Polish, German and English about Prussia and the Baltics, including those pertaining to German colonisation of this territory. For that reason, 11 years ago I was put in contact by a colleague with Professor Czaja from Toruń. We have a mutual interest in this process of medieval colonisation, so we started to collaborate. I came to Toruń to do some research and Professor Czaja received a Harmonia research grant from the National Science Centre in Poland to establish a group of historians to look at the question of colonisation.

If you were already in contact with Polish scientists, why did you apply to the Ulam NAWA programme? Young researchers stress that the NAWA fellowship helps them at the beginning of their careers, but this is not your case.

The Ulam NAWA pogramme is also useful for me for many reasons. The main one is that I can be based where I have access to a great library, but first and foremost to other academic staff. Here in Toruń, the pool of expertise and experts in German settlement in this part of the world is one of the best in Europe. I can speak directly with colleagues and ask them what they think about my understanding of the problem and whether it makes sense in the context of their knowledge on the topic, etc. These personal contacts are important because British and Polish historians have very different approaches. Even with the same data, interpretation with different sociological tools leads to different results.

Could you give me example?

Let's take urban history. In the Polish context, most evidence comes from larger cities such as Gdańsk, Kraków, Toruń and Elbląg, and the perspective is very much skewed toward city administration. This is a top-down approach. In Britain, however, there is a range of documents showing the experience of ordinary people on the street. For example, who was paying the rent, how much they paid and property transactions from one person to another, often in smaller towns. This is a bottom-up approach. When you look at the same research question from the top-down perspective, that is how the city government saw the city, versus bottom-up, how the people reacted to it, you come to different conclusions.

Did your experience with Polish historians somehow influence your research?

Absolutely. Because Polish sources are pretty much from big city administration, which influences my way of thinking about urban history. Previously, I never thought about municipal ordinances, whether it mattered if you located a market within the city in this or that place or how people moved from one site in the city to another. These types of research topics are rarely addressed in the British context.

If I could recommend anything to someone who is thinking about applying to the Ulam NAWA programme, it would be to choose the institution you want to work with very carefully. The human capital of the other researchers you will be working with is the most important aspect.

Dr Matthew Frank Stevens PhD, FRHistS is an associate professor in medieval history at Swansea University. He is a graduate of the University of Wales, Aberystwyth and fellow of the Royal Historical Society. His has previously held fellowships and worked at the University of Oxford, the University of London (the Institute of Historical Research) and the Nicolaus Copernicus University in Toruń. He has published numerous works on Wales, law, the economy, colonisation, and ethnic and gender discrimination in the Middle Ages. He is the author of Urban Assimilation in Post-Conquest Wales, 1282–1348 and The Economy of Medieval Wales, 1067–1536.

Want to apply for the NAWA fellowship under the Ulam NAWA Programme? Call for proposals until 15th June 2021. Find more information HERE 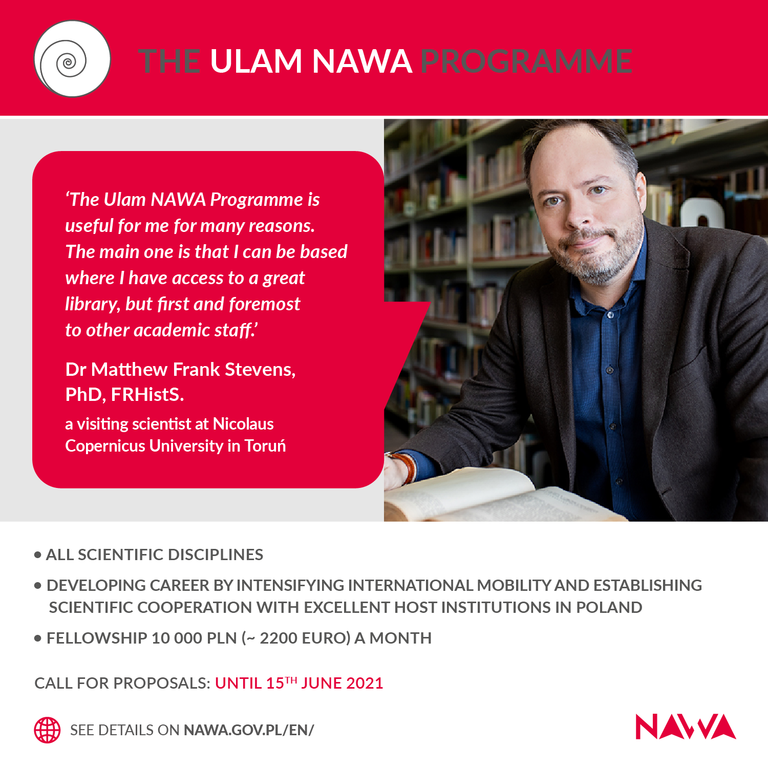