NAWA Director Meets Representatives of the Republic of Croatia - NAWA

NAWA Director Meets Representatives of the Republic of Croatia

The Polish National Agency for Academic Exchange NAWA hosted in its Warsaw headquarters on Monday representatives of the Republic of Croatia. NAWA’s Director Łukasz Wojdyga talked to the Ambassador of the Republic of Croatia, Mr Tomislav Vidosevic, as well as the Third Secretary of the Embassy, Mr Marijan Barić, about strengthening cooperation between universities and research centres and about opportunities related to the exchange of scientists and students.

They discussed the most significant issues related to the form of the existing cooperation in the area of science and higher education and each country’s potential in this field. Director Wojdyga presented NAWA’s mission and priorities to the guests as well as the opportunities offered to scholars, students and institutions. Furthermore, he expressed his hope to enhance and develop cooperation between Poland and Croatia in the area of academic exchange.

The Croatian government signed the Bologna declaration in 2001 and adopted the Plan for the Development of the Educational Sector 2005-2010, in which it specified the priorities in tertiary education. The curricula at all higher education institutions currently comply with the requirements of the Bologna process. Sixteen universities and research centres have obtained the logo ‘HR Excellence in Research’.

More information on the Croatian system of higher education and science can be found on the website of the Croatian agency: https://www.azvo.hr/en/. 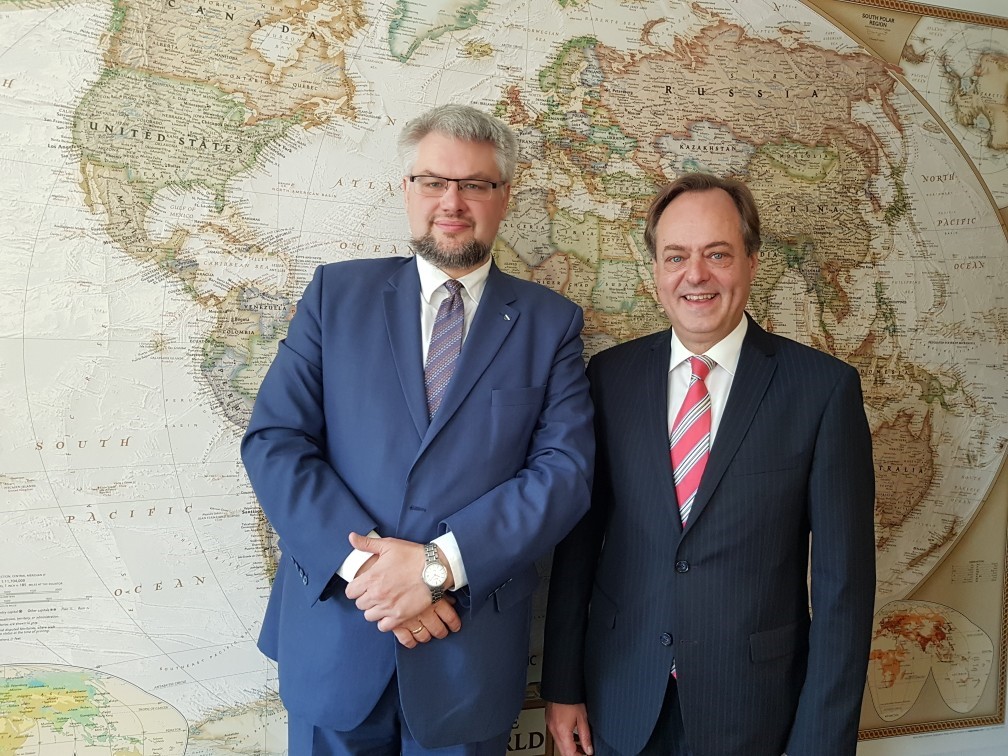 His Excellency Ambassador of the Republic of Croatia to Poland Tomislav Vidosevic and Director of NAWA  Łukasz Wojdyga at the Agency's headquarters in Warsaw.