Physicists are investigating how antibiotics work

Research by a NAWA fellowship holder may help us use antibiotics effectively against resistant bacteria.

As a tool in fighting serious diseases, antibiotics have been one of the major breakthroughs of modern medicine. Unfortunately, more and more infections are caused by antibiotic‑resistant bacteria. These may have serious health consequences even be life‑threatening, especially to hospitalised patients, who are often compromised by other conditions. Potentially paving the way for a more effective use of antibiotics is the research by dr. Karol Makuch of the Institute of Physical Chemistry of the Polish Academy of Sciences, who was developing an innovative method of analysing the effects of antibiotics on bacteria during his NAWA scholarship under the Bekker Programme at the California Institute of Technology (CALTECH), USA. The method involves observing the behaviour of bacteria contained in droplets of liquid.

NAWA: How could the results of your research change the way biological samples are tested? How would it benefit patients?

Dr. Karol Makuch: Antibiotic resistance is not uniform across a whole species or strain of bacteria. Even within the same population, individual organisms may be more susceptible to antibiotics, while others could be almost fully resistant. This is one of the challenges faced by physicians prescribing antibiotics. With a single administration of a large dose, the antibiotic may be broken down by relatively weaker bacteria before it manages to kill stronger ones. Obviously, the weaker bacteria will die, but they will help stronger ones survive. And this is a serious issue because bacteria develop resistance very quickly. For bacteria, surviving and proliferating in the presence of an antibiotic is like going to the gym. In a short time the drug may become completely ineffective against them. One solution may be to initially administer a small dose that destroys weaker bacteria without allowing stronger ones to develop resistance. This is then followed by a larger dose that can kill the strongest bacteria, no longer protected by the weaker portion of the population. The goal of our research is to develop a tool for accurately determining the antibiotic resistance in a given bacteria population that provides information about the differences between individual sections of that population.

How does it work?

Our method is useful in observing bacteria which are natural swimmers, meaning those that are able to move on their own in a fluid medium. One such bacterium is E. coli. Humans are capable of swimming a distance of approximately one body length per second. In the same time, E. coli are able to cover 30-40 body lengths, which makes them remarkable swimmers. This motility is easily observed when bacteria are enclosed in droplets of liquid that are then set in motion. A simplified description is that we use a microscope to watch droplets of liquid being pushed at a constant speed and direction through a tube. The droplets are the diameter of a human hair, each containing several thousand bacteria. If the bacteria are motionless, we see a cloud of bacteria relatively evenly distributed across the liquid. By contrast, swimming bacteria tend to congregate at the front or back of the droplet (relative to the direction of its motion). The organised motion of bacteria is the response to vortices that form inside the droplet as it is pushed through the tube. Motion patterns depend on the speed and way of swimming. This way, by observing suspensions of bacteria in droplets, we can monitor for any changes in the intensity of their movements.

Which means you can tell live bacteria from dead ones?

Yes, but not only that. We know that antibiotics used against bacteria can initially affect their motility. Observing the patterns of motion of bacterial clusters in droplets may become a quick and accurate method for evaluating how an antibiotic works on the colony. This may significantly speed up testing of a given population’s antibiotic resistance. With current methods, we first need to wait for bacterial growth. This means that it takes many hours, up to a day, before we can be sure whether the bacteria are growing or if the population is susceptible to the antibiotic. An accurate tool for on-the-fly observation would be very helpful.

And that was the tool you were working on during the scholarship?

During the scholarship I was running computer simulations that, to my surprise, revealed different movement patterns of bacteria swimming in droplets of liquid. Our findings provide initial suggestions for developing a tool that could be used by biologists and physicians to study antibiotic resistance and in researching new antimicrobials. At the Institute of Physical Chemistry we are now working on broadening our understanding of this phenomenon and on methods for studying antibiotic resistance. The key is to develop a way to gain a deeper insight into antibiotic resistance than the one we have today. Only then is there potential to discover something ground-breaking that could translate into medical practice.

I had an opportunity to work on problems that had been completely new to me and to supplement my knowledge with all that was needed to conduct the research I had planned. During my scholarship at Caltech, working with John Brady, I learned about the physics of active matter that is fundamental to the study of bacterial motility. Another goal was to write a fast and efficient computer programme to simulate the processes I was studying. The scholarship gave me the opportunity to meet outstanding experts who run advanced simulations using GPUs. I have improved my coding skills and learned techniques that were very helpful for my research.

Would interdisciplinarity be the argument you would use to convince other scientists to consider a NAWA scholarship under the Bekker Programme?

That too, although it probably comes down to personal preference. But a great advantage of the programme is that the quality of the research facility chosen by a candidate is taken into account when scholarships are granted. I was very happy when I read the application evaluation criteria in the Bekker Programme. There are those institutions that offer a unique community that encourage development and offer expertise across the board to help achieve outstanding results. Historically, that was the case with the University of Padova, which used to be a leading academic centre in the world, having educated many remarkable thinkers, including three great Poles of the Renaissance era: Jan Kochanowski, Mikołaj Kopernik and Jan Zamoyski. In my opinion, Caltech is such a place today. And the scholarship enabled me to work at this unique institution. 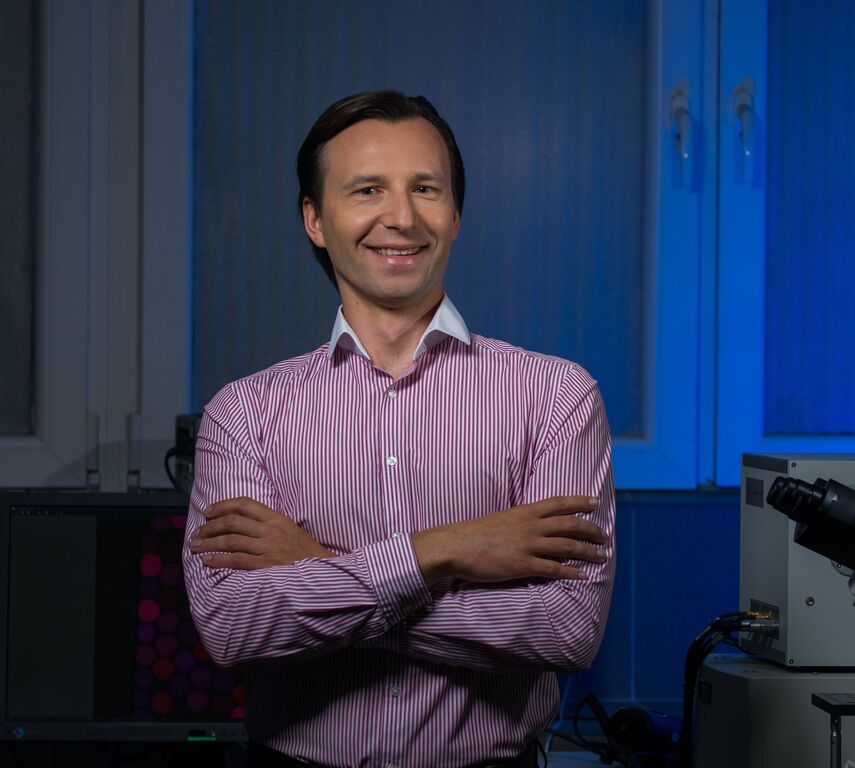 ‘What I find fascinating in my work is how an attempt to describe a simple experiment or phenomenon needs to draw on a vast array of multidisciplinary knowledge. And conversely, I am fascinated by the way understanding one phenomenon offers insight into a whole class of seemingly unrelated natural phenomena,’ says dr. Karol Makuch.

How to become a NAWA scholarship holder under the Bekker Programme?