Scientific bridge between Poland and the United Kingdom - NAWA

Scientific bridge between Poland and the United Kingdom

On 13-14 September in Warsaw there was an event entitled UK-Polish Science Forum 2018 being a joint undertaking of the Ministry of Science and Higher Education, Embassy of the United Kingdom in Poland, in cooperation with TOP 500 Innovation and the Łódź University of Technology.

The event was dedicated to cooperation among representatives of scientific communities, technology transfer centres and institutions supporting the development or responsible for implementing new innovative solutions in Poland and in the United Kingdom. The meeting was also aimed at starting the development in new areas and cooperation methods. The forum was a major point of the Polish-British Year of Entrepreneurship, Science and Innovation 2018 (YESI).

On behalf of NAWA, the panel entitled Current and future cooperation in Higher Education: challenges and opportunities was attended by Director Łukasz Wojdyga. The Director indicated NAWA as an opportunity in developing Polish-British cooperation with regard to promoting scientific excellence in both countries. He presented a rish offer of supporting the scientists’ mobility and internationalisation of universities. He pointed to the Agency’s activities as complementary to the offer of the National Science Centre and the National Centre for Research and Development but closely dedicated to the widely understood internationalisation.

In addition to Director Wojdyga, the panel was attended by Prof. Marek Tukiendorf from the Conference of Rectors of Academic Schools in Poland while on the part of the United Kingdom – John Dishman, Pro-Vice-Chancellor of the Coventry University and Jamie Arrowsmith from Universities UK International.

NAWA is in close contact with the Polish scientists in the United Kingdom. As early as in November, in Oxford the Agency’s delegation will attend the meeting Science: Polish Perspective 2018 organised by Polonium Foundation. 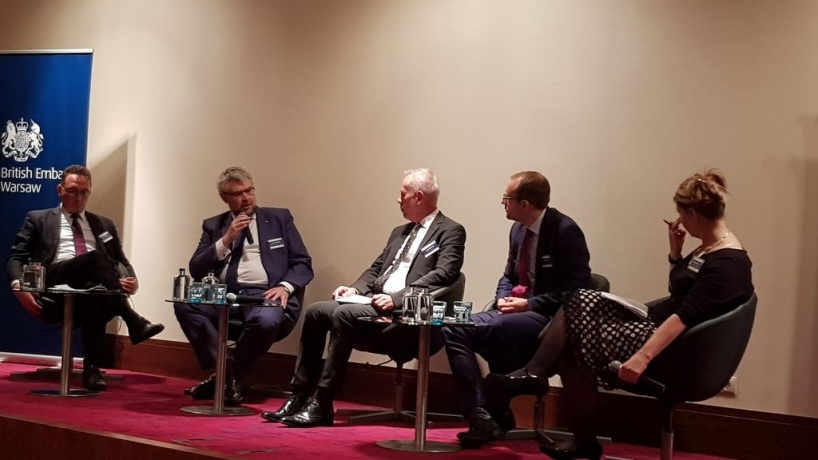