Natural methods of removing contaminants from soil and water are gaining popularity, as shown by a NAWA scholarship holder’s study.

Natural means of removing soil or water contaminants are usually cheaper and less invasive than chemical or mechanical methods. Natural techniques of remediating sediments from river bottom are developed by NAWA beneficiary Prof. Magdalena Urbaniak, who uses the extraordinary properties of plants known from home gardens for that purpose.

The researcher carried out her innovative study on the use of cucurbits for removing contaminants from the environment in the course of a NAWA-funded fellowship under the Bekker Programme. Prof. Urbaniak worked at the New York State Department of Health on the Hudson River, one of the rivers with the highest degree of pollution with toxic polychlorinated biphenyls (PCBs) in the world. PCBs were once widely deployed in the construction of elements of electrical installations. However, many studies confirmed that they are toxic to humans and animals. The use of PCBs was banned in Poland in 2010. Unfortunately, considerable amounts of the substance are still present in many places in the world.

NAWA: How did you choose the place of your research under the Bekker Program?

Prof. Magdalena Urbaniak, University of Lodz, European Regional Centre for Ecohydrology of the Polish Academy of Sciences: Ever since the beginning of my adventure with science, my research interests have been related to the issue of water pollution. One of my scientific dreams, but also challenges, was to study one of the most PCB-polluted water ecosystems in the world – the Hudson River. And so I chose to carry out my research at the New York State Department of Health – Division of Environmental Health Sciences, which is involved in developing ways of remediating the Hudson River. It is also one of the world’s leading centres for environmental chemistry and health and a reference laboratory of the US Environmental Protection Agency.

Is it possible to use a method of environment remediation with cucurbits on a massive scale?

I believe it is. Plants growing in a polluted or degraded environment are beginning to play a wider role than just that of tools for removing pollutants. Ever more often, properly selected plant communities in degraded or devastated areas perform other functions at the same time – they counteract erosion, provide a habitat for animals, and retain water. The rapid development of cities, which are already home to 54% of the global population, results in the progress of green technologies, which help to minimise not only the negative impact of humans on the environment, but also the consequences of city life for people’s physical and mental health. All kinds of green corridors, squares, parks, watercourses and ponds with vegetation, or green walls and roofs have an aesthetic function and create a human-friendly space for rest, but at the same time help to fight against air and water pollution. Thus, phytoremediation is becoming one of the elements of an integrated and sustainable approach to the revitalisation of contaminated areas and the protection and shaping of the space we live in.

What are the most serious risks associated with the contamination of rivers with biphenyls?

PCBs cause genetic changes in living organisms. They weaken reproductive and immunological processes. Fewer animal species live in contaminated rivers, and the specimens are less numerous and weaker. Thus, contamination with biphenyls diminishes the ecological, economic and recreational value of rivers. PCB compounds accumulated in animal tissues, especially of fish, are also a direct threat to human health. This very threat was the reason for the almost 20-year (1976–96) ban on fishing and eating fish from the Hudson River. It should be stressed that exposure to PCBs is not limited to the river itself and the organisms which inhabit it. Research indicates that the pollution of bottom sediments threatens adjacent terrestrial ecosystems, as well, thus endangering organisms not directly related to the aquatic environment. An example of this phenomenon are insects, whose larvae live at the bottom of rivers and water reservoirs, and thus accumulate significant amounts of pollutants present in the sediment. The adult forms of these insects, which live on land, are the staple food of insectivorous birds. As a result, PCBs accumulate in the tissues of these birds, too. Other land-based predators, including waterfowl, snakes and numerous mammals, are also exposed to PCB poisoning due to their diet (aquatic invertebrates, fish, amphibians). In addition, toxins can move when the sediment on the river bottom is stirred after heavy rainfall or when the snow-ice cover melts. In this case, these compounds are transported down rivers to the estuary, where they may pose a threat to the coastal marine ecosystem.

Why did you use these particular plants, i.e. cucurbits, like zucchini or cucumber, in your research?

It was believed for a long time that plants are not able to effectively absorb hydrophobic (i.e. water-insoluble) compounds, such as PCBs. It was therefore considered unreasonable to use them to remove these compounds from the environment. It was not until 1994 that the first reports were presented indicating that cucurbits (such as the popular and commonly known cucumber or zucchini) are characterised by a unique, compared to other plants, ability to absorb such pollutants and to transport and accumulate them in aboveground tissues (i.e. stems and leaves). That is why I have an interest in this family. It is worth noting that cucurbits are also characterised by rapid growth and biomass growth, which makes them ideal model plants for phytoremediation studies.

Is it possible to grow edible crops on soil containing biphenyls?

It all depends on the approach and our needs, i.e. whether we want to produce safe food in contaminated areas or maximise the accumulation of pollutants in plants and thus clean up the area. During my fellowship in the US, I had the pleasure to meet Prof. Inui from the University of Kobe, Japan, who deals i.a. with the regulation of the expression of genes responsible for the accumulation of organic compounds in cucurbits. After seeing my results and hearing about my idea to extend the study to include molecular aspects, Prof. Inui proposed that we collaborate precisely towards analysing the possibilities of controlling the process of PCB absorption and accumulation by cucurbits. The concept was that, depending on the needs, it would be possible to cultivate edible plants in areas contaminated with PCBs (gene silencing) or to use the plants for remediation by strengthening their potential for PCB absorption and accumulation (gene induction). Of course, due to the accumulation of pollutants in plant tissues, the second option excludes the consumption of the plants. The study I am talking about is going to be carried out in Japan as part of a fellowship funded by Kobe University. It begins in February 2021.

Thanks to the Bekker scholarship, I had the opportunity to work in a group of internationally renowned scientists, in one of America’s leading centres dealing with environmental chemistry. My immediate superior was Prof. Kannan, who has received a number of awards for his scientific achievements and contributions to the field of biomonitoring and environmental exposure assessment. Moreover, he belongs to the one percent most frequently cited environmental chemistry researchers. Working with such an excellent researcher as well as numerous contacts and discussions with scientists working at NYSDOH on a daily basis or visiting this unit allowed me to verify and expand my perspective on the field I work in.

The scholarship has contributed to the internationalisation of my research and scientific contacts and has thus established my scientific position in the field of phytoremediation and environmental chemistry. As a result, the prestige of my research and the international visibility of published results have increased. As part of our cooperation with the centre in the US, we have published five articles in renowned international journals so far and are planning further texts. In addition, the scholarship helped me establish cooperation with other centres and scientists, including in Japan, which has resulted in another scholarship and a joint project.

If you were to encourage other scientists to take part in the Bekker Programme, what is the greatest value of a NAWA-funded fellowship?

The Bekker Programme is undoubtedly one of the flagship scholarship programmes in Poland that enable scientists to go abroad and carry out research at leading scientific centres around the world. The scholarship provides an opportunity to develop and broaden one’s scientific horizons and to look at one’s own research work from a different perspective. I believe that for young scientists who have just gained their PhD, the Bekker scholarship is a kind of a springboard for scientific independence and research at the highest level, which will certainly accelerate their scientific careers. In the case of experienced scientists, those who have been awarded the post-doctoral degree or professorship, the scholarship becomes an ideal means to consolidate their position in the world of science and to carry out international, interdisciplinary research projects or establish long-term cooperation with the host institution. 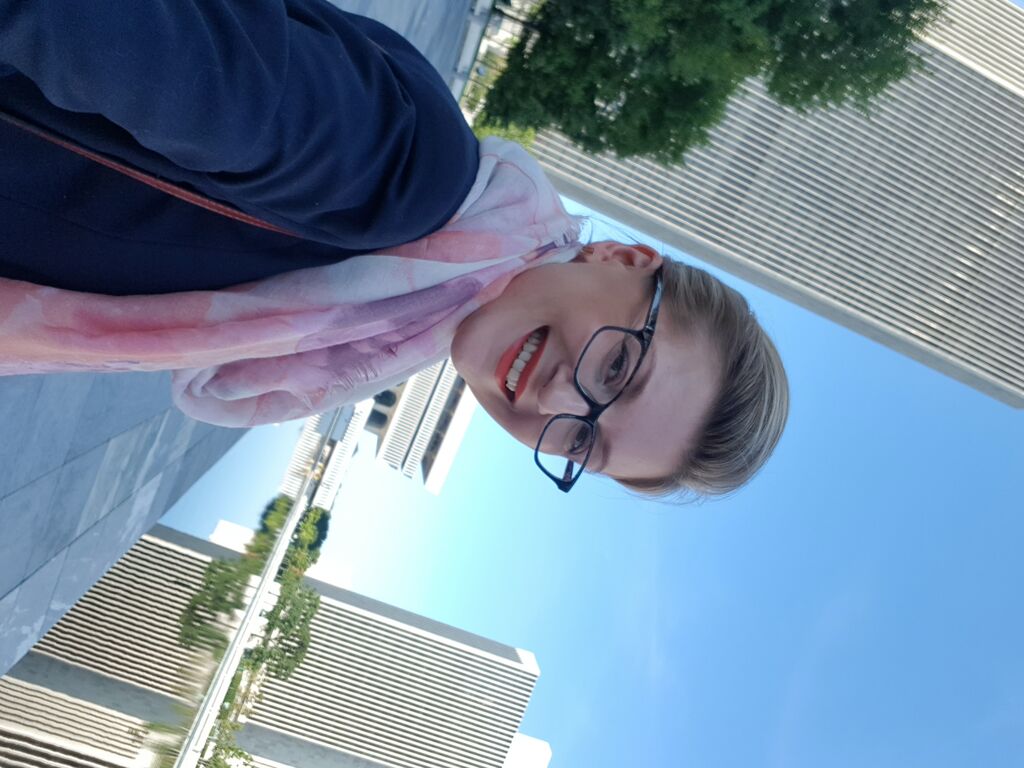 Prof. Magdalena Urbaniak works at the UNESCO Chair on Ecohydrology and Applied Ecology at the University of Lodz and the European Regional Centre for Ecohydrology of the Polish Academy of Sciences. Her scientific interests focus on the application of ecological biotechnologies, including phytotechnology, to remove organic pollutants from the environment. Prof. Urbaniak is the author of more than 70 publications in leading scientific journals in the field of biological sciences, including more than 50 published in peer-reviewed international journals. She is also the editor of two books and the author of several chapters. Her scientific activity is reflected in numerous presentations at international conferences, including on environmental chemistry, hydrology and bio- and phytoremediation. Her work in the field of organic pollutants has been recognised by international scientific institutions, which resulted in her being invited to serve as a member of the scientific committees of international conferences and symposia (Dioxins2018, International PCB Workshop, International Conference on Environmental Engineering and Management, and International Symposium in Ethiopia, 2016).  In addition, Prof. Urbaniak has extensive experience in coordinating and managing interdisciplinary research projects. She has coordinated five international and several national research projects, including under the Polish Aid programme of the Ministry of Foreign Affairs, as well as projects under the Iuventus Plus programme of the Ministry of Science and Higher Education and Sonata grants of the National Science Centre – both dedicated to young scientists (the first one up to the age of 35, the second one up to five years after the PhD). She has been involved in the CHEMFELLS project at the University of Chemistry and Technology in Prague, Czechia, since 2018. In addition, she has received a number of scholarships for fellowships abroad (twice in the USA and once in Australia, Japan, and Czechia each). 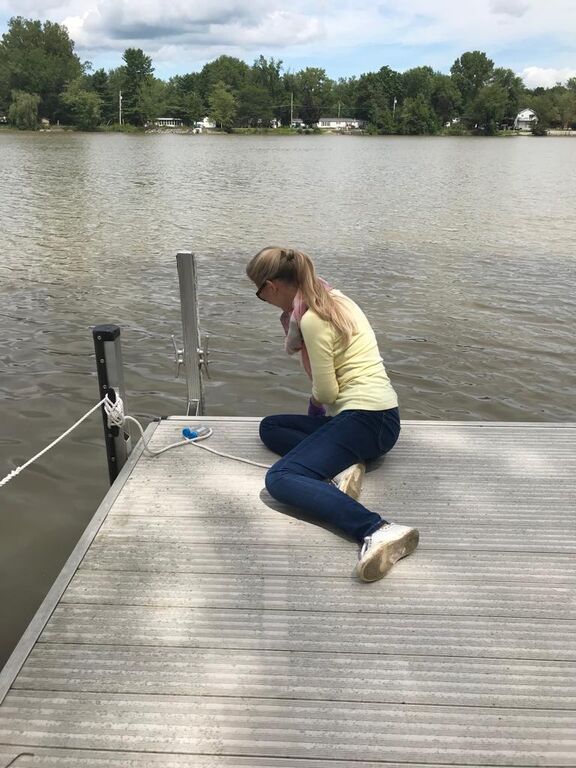 Prof. Magdalena Urbaniak worked at the New York State Department of Health on the Hudson River, one of the rivers with the highest degree of pollution with toxic polychlorinated biphenyls (PCBs) in the world. PCBs were once widely deployed in the construction of elements of electrical installations  (Phot.: Archive Prof. M. Urbaniak).

How to receive a NAWA scholarship under the Bekker Programme?

Detailed information about the NAWA programme can be found HERE