The Polish School of Astrophysics - NAWA

The Polish School of Astrophysics 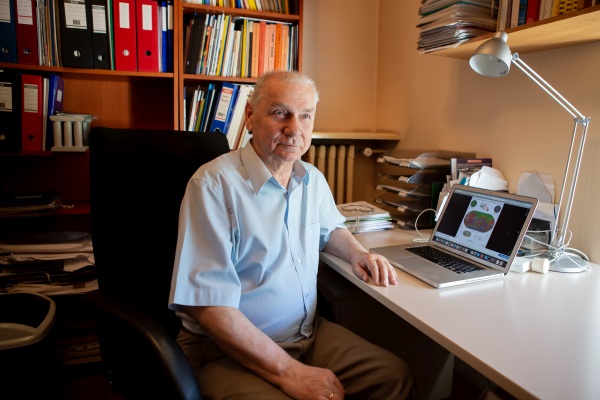 Extraordinary achievements of Polish astrophysicists over the last decades have prompted the international astronomical community to recognise the existence of a phenomenon called the Polish school of astrophysics. At present, Polish scientists take part in many international consortia investigating virtually all aspects of the Universe. Two very successful, purely Polish observational projects: Optical Gravitational Lensing Experiment (OGLE) led by Professor Andrzej Udalski and All Sky Automated Survey (ASAS) with Professor Grzegorz Pojmański in charge belong to the most widely recognised projects of this kind worldwide. Polish astronomers amount to about 1.4 percent of professional astronomers in the world, yet they are authors or co-authors of 2.6 percent of all scientific publications related to the Universe (more than 90 percent of them are in astrophysics). The average citation rate of these papers is about 20 percent higher than the world average. This is clear proof of international reputation of the Polish school of astrophysics.

The school was created by a few young astronomers who took an interest in this research area and survived World War II. They were Wilhelmina Iwanowska, Jan Mergentaler, Antoni Opolski, Stefan Piotrowski and Włodzimierz Zonn. They established new astrophysical groups in Toruń, Warsaw and Wrocław. Soon, Kraków followed suit. Having been educated before the war, they were able to deliver very high level university courses and start research in some of the most advanced areas of astrophysics. We can call them the parents of the Polish school of astrophysics. From the very beginning, they followed the principle that there is no national astronomy; a scientific achievement means an achievement in world science. They also understood that to reach a world-class level in science, constant and frequent personal contacts with leading research institutions had to be maintained. Thanks to that approach, already the first generation of their students achieved results recognised in the world astronomy. Unfortunately, the progress in Polish astronomy was hampered in the early 1950s due to the political situation resulting in a complete isolation of the Polish scientists from the Western countries.

This changed in the second half of the 1950s. From then on, our mentors put a lot of effort to send young PhDs for a one-year or a couple of years’ stay to the best astrophysical institutions in the West. When coming back to Poland, they brought new ideas, close ties with their foreign peers and a lot of original observational data resulting in important discoveries. There was, however, also a dark side to this freedom: several renowned astronomers decided to emigrate. Fortunately, most of them maintained contacts with their homeland by inviting younger colleagues, supporting scientific libraries or providing observational and computational instrumentation.

In subsequent decades, the astrophysical centres differentiated their research areas: Warsaw specialised in binary stars and stellar evolution, Kraków in radioastronomy and cosmology, Toruń in radioastronomy and stellar observations, and Wrocław in solar physics and pulsating stars. The most prominent member of the Polish school of astrophysics was Bohdan Paczyński, Professor Piotrowski’s student and one of the best astrophysicists of the 20th century in the world. His papers on evolution of single and binary stars, gamma ray bursts and microlensing of starlight were milestones in the development of astrophysics. As one of the very few scientists, he received all most prestigious awards and distinctions in astronomy. The other first students of the ‘parents’ include the world-renowned Wojciech Dziembowski (helio- and astroseismology), Stanisław Grzędzielski (interplanetary and interstellar matter), Krzysztof Serkowski (polarisation of starlight, instrument construction), Józef Smak (binary stars), Wiesław Wiśniewski (stellar photometry) and WojciechKrzemiński (variable stars), to name just a few. The second generation of the students who became world authorities in their research areas is too numerous to list.

Poland has recently become a member of the European Southern Observatory, a European organisation for research in astronomy possessing the most advanced, modern observation facilities. This assures our participation in several ground-breaking scientific projects.

Honorary Member of the Polish Astronomical Society, Director of the Astronomical Observatory of the University of Warsaw (1980-1986)