Universities and Art. The Case: Poland. 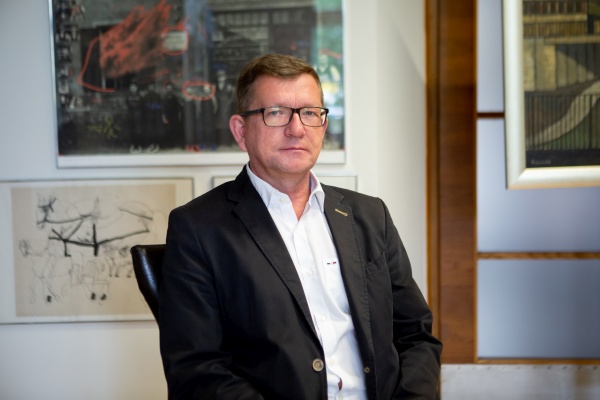 Art universities in Poland form a unique community of outstanding artists and teachers who guide their pupils towards the highest professional standards. What makes them unique is the time devoted directly to the adepts by renown masters who dedicate some of their time to work at higher education institutions. On average, there are less than four students per instructor! This gives the teachers the unequalled opportunity to engage in intense individual work and to share their own philosophy of art. Thus, experienced pedagogues are able to accompany their students on their way towards artistic initiation.

Another distinguishing feature is the ability to bring the traditions of the grand Polish art schools into the modern times. The academic artistic genealogies extend over several generations and shape the combination of wisdom derived from tradition (the legacy of artists such as Grotowski, Abakanowicz or Lutosławski), reliable technique, artistic defiance and the endeavours to find one’s own concept of artistic form. All these elements are clearly reflected, in the curricula. They are the best way to release in the adepts that what defines their natural creativity.

Many art schools possess modern, excellently equipped infrastructure. Moreover, they boast the highest rate of internationalization in comparison to the entire Polish higher education system – around five per cent of the arts students are foreigners from all parts of the globe.

Art schools are involved in cultural events also thanks to their close cooperation with the Ministry of Culture: they constitute vibrant cultural centres with immense impact on the spiritual landscape of the respective Polish cities – they organise concerts, exhibitions and spectacles, among others.

Art schools form an integral part of the Polish system of higher education. They carry out research and grant academic degrees. Similarly as academic higher education institutions, public art schools are the subject of particular concern to the Polish authorities. They are Mainly financed from public funds: they are supervised by the Minister of Science and Higher Education as well as the Minister of Culture and National Heritage. An academic community of art schools can compete for research grants the same terms applicable to researchers from other universities. They are represented on all major collegiate bodies within the higher education system. This fact demonstrates that the outstanding achievements in the area of science and arts both require great care, as they form two paths to truth that serves the humanity. It demonstrates that both science and art are indispensable in a healthy society. Art makes use of technology and scholarly cognitive strategies: it remodels them and engages with them in a dialogue. It is also a space for mediation between the once separate communities which now meet through new technologies. It offers an unique opportunity of making breakthroughs in both art and in science.

Public art schools, similarly to academic schools, are funded in accordance with the principle that more is given to the best, that is the institutions with greater achievements. This common principle underlies the various methods of comparing achievements in art and in science, including academic promotion. The requirements for obtaining academic degrees in arts are very rigorous. In order to meet them, one has to be able to combine artistic craftsmanship with scholarly value.

Differentiating between the truth of art and the truth of science is pointless. In each case, truth is discovered by following the methods which are proper for scholarly or artistic work, as the case may be. In art, these methods render it possible to separate the wheat from the chaff, bad writing from literature, daub from masterpiece painting and noise from music, just as the scholarly rigours enable us to distinguish science from pseudoscience and scientific hoax.

The common traits of science and art are their universal character and their appreciation for facts. Passion, impulse, the master/pupil relationship, the sense of mission and the significance of absolute values as well as social sensitivity move the compasses in both areas – science and art alike. The unique incubator of the Polish system of art schools has produced numerous world renown artists. Many of them have worked also at higher education institutions in Poland and abroad, where they have their students and followers.

President of the Conference of Rectors of Artistic Schools in Poland, painter

Prof. Tomasz Szapiro – President of the Accreditation and Rankings Committee of the Conference of Rectors of Academic Schools in Poland