Polish Returns NAWA – 5th edition to be announced in May - NAWA

Polish Returns NAWA – 5th edition to be announced in May

Employment at a Polish university or institute and a grant to establish one’s own project group and carry out one’s research ideas – these are the opportunities offered to scientists returning from abroad under the Polish Returns NAWA programme.

Polish Returns NAWA will be announced for the fifth time in 2021. This prestigious NAWA programme creates attractive conditions under which scientists of Polish origin can come back and take up research at Polish scientific and higher education institutions. The new edition of the programme will be announced in May this year. Winning institutions will be able to invite experienced researchers with recognised international achievements as well as outstanding scientists at early levels of their careers who have been involved in scientific work abroad for at least one year.

They work at various Polish universities and research institutes, including in Warsaw, Gdańsk, Cracow, Poznań, Wrocław, and Szczecin. The scientists make use of their foreign contacts and create international research teams, cooperate with the best foreign scientific institutions, publish research articles in prestigious journals affiliated with Polish universities and win prestigious grants, among others from the programmes of the European Research Council, the European Molecular Biology Organisation or Horizon 2020. Polish Returns NAWA winners win grants from the National Science Centre in Poland, as well. 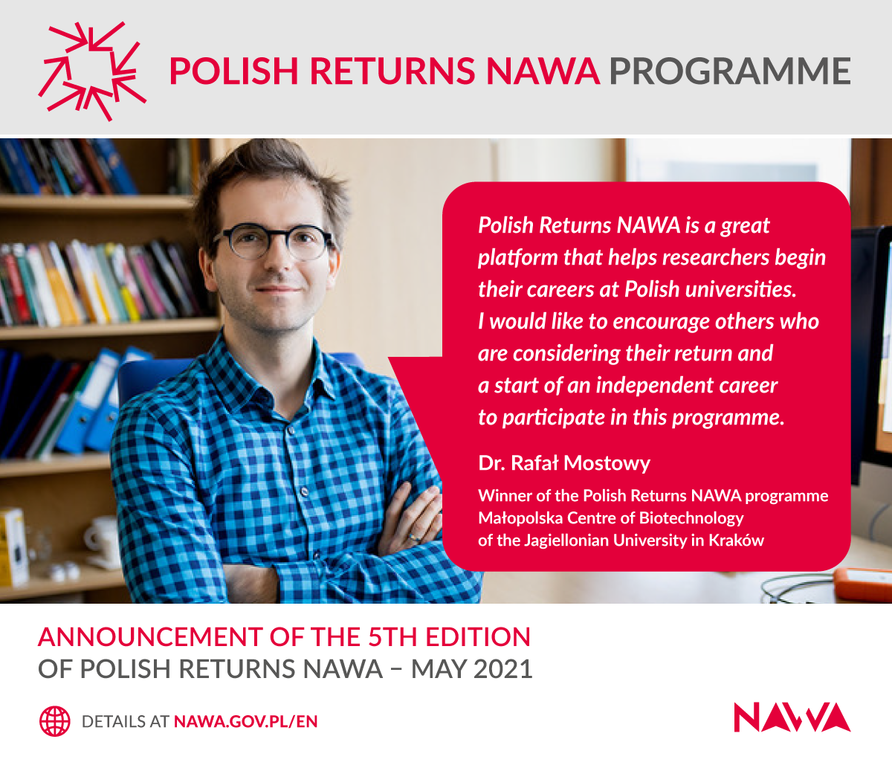