“Science: Polish Perspectives” with the participation of NAWA and Research in Poland! - NAWA

“Science: Polish Perspectives” with the participation of NAWA and Research in Poland!

Over 100 participants, workshops, research presentation and poster sessions, panel discussions, networking meetings. At the end of October NAWA participated in an event organised by the Polonium Foundation for the twelfth time, bringing together the Polish scientific diaspora.

Dublin and New York – events in these cities came first among our October meetings held primarily with young people from the Polish diaspora interested in studying in Poland. We closed the past month with our participation in an event bringing together the Polish scientific diaspora, that is the “Science: Polish Perspectives” conference (hereinafter SPP), which was organised by the Polonium Foundation for the twelfth time. The event has already become a fixed point in the calendar of meetings of Polish scientists conducting their research in various parts of the world, giving them the opportunity to present their results. It is also a chance for the Polish scientific diaspora to meet and share experiences.

‘For a decade, the Polonium Foundation has been organising conferences and Meetups in the Science: Polish Perspectives series. These events facilitate networking and promote Polish researchers on the world stage. We are extremely happy that we could meet again in Oxford to uphold Polonium’s mission – to turn brain drain into brain circulation, and to make visible the potential of the Polish scientific diaspora,’ emphasises Ala Santos, CEO of Polonium Foundation.

This year, after a break caused by the pandemic, the event returned to its on-site format and was held at Oxford University, one of the world’s leading universities. NAWA, under the framework of the Research in Poland campaign, partnered the event and organised a panel discussion on a particularly important topic at present, that is “The Social Responsibility of Science in the International Context. Polish Perspective”. Moderated by Dr. Eliza Kania of Brunel University London, the discussion featured: 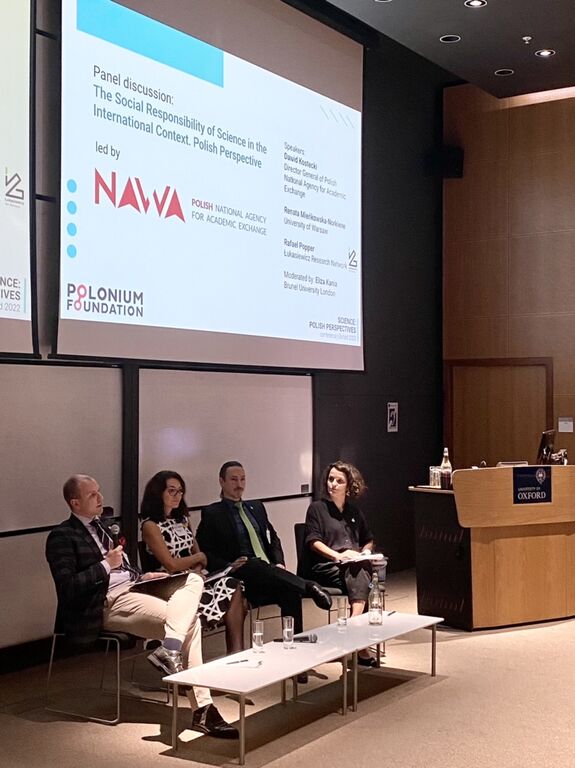 The panellists attempted to answer the question of how science can change reality, influence it, especially in these uncertain times that are disturbed by various crises and challenges. The war in Ukraine, but also the political crisis in Belarus, the COVID-19 pandemic or climate change are just a few examples. On the other hand, topics such as how to change science to make it more responsive to the needs of society and the economy were also discussed.

Dr. Dawid Kostecki, NAWA Director, talked about the Agency’s activities, such as the NAWA Urgency Grants programme, which is the response of science to contemporary and urgent events – it allows the initiative to be passed on to scientists so that they can develop research in areas that are not covered on a macro scale and which require an immediate response. The role of the NAWA Urgency Grants programme was also emphasised by Prof. Renata Mieńkowska-Norkiene, who is a member of the programme’s application assessment team.

Dr. Rafael Popper, representing the Łukasiewicz Research Network, spoke about the responsible approach to the social management of science. He stressed the role of modernising the science system, the need to bring together scientific units so that they can be more efficient and, as a result, respond to social and economic needs.

The panellists also discussed the need to support diversity in science, which can make an important contribution to discovering talent in underprivileged groups and adapting new solutions as well as products to the needs of different social and demographic groups.

Socially responsible science is also about sharing knowledge, consciously building excellence, promoting collaboration and building a scientific community. Events such as the “Science: Polish Perspectives” conference allow scientists to get to know each other, trust each other and identify opportunities for future collaboration. 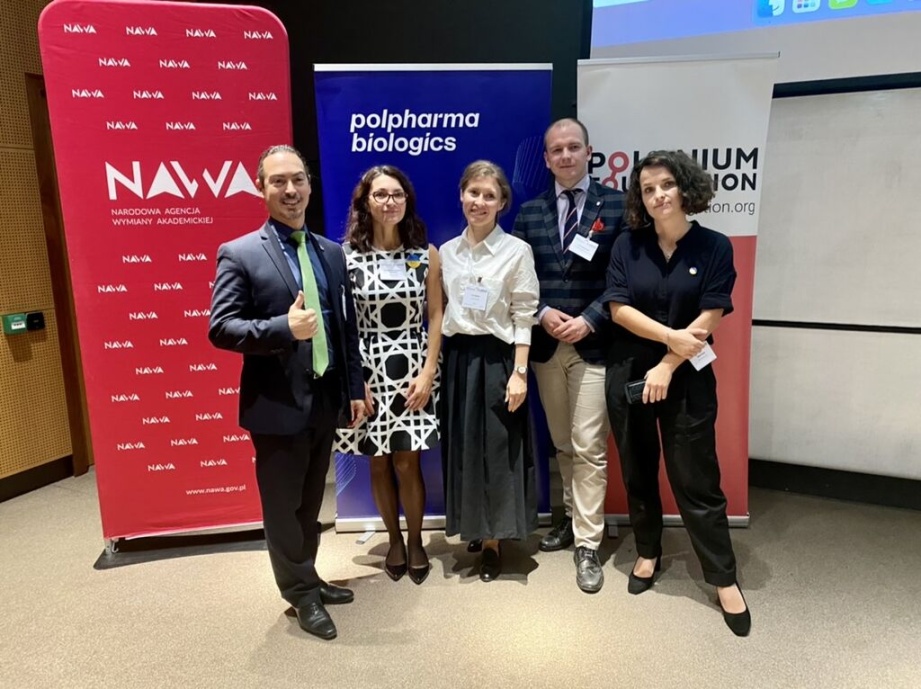 Notably, the NAWA panel under the framework of the Research in Poland campaign aroused great interest and gave rise to discussions, not only in the scheduled time limit immediately after the panel discussion, but also during the networking breaks.

Participation in the conference was an opportunity for NAWA to showcase its offer to researchers, including the Polish Returns programme, or the Ulam NAWA and NAWA Chair programmes. Among the conference guests were not only Polish scientists working in foreign and Polish centres, but also foreigners interested in Polish science and cooperation with Poland. In addition, it was a great opportunity to present the Research in Poland campaign, aimed at encouraging foreign scientists and doctoral students to conduct research in Polish centres or establish cooperation with Polish scientists. The campaign also aims to promote the research of Polish scientists – their successful achievements, not only those in domestic centres, but also in foreign facilities. The Agency is keen to show the “human faces” of science and prove that Polish names are behind these faces. The opportunity to be a partner in an event that is significant for the Polish scientific diaspora, but also to cooperate with the Polonium Foundation, whose goals are close to NAWA, was an important step in jointly building links between Polish scientists dispersed around the world.

“Our Foundation’s activities are not only beneficial to the international community, but they also support innovation and influence the Polish academic and industrial communities. It is a great honour to attract patronage from Polish institutions from all over the world and from Poland itself. You are more than welcome to join our events both on-site and online, and to experience the Polonium Network – a social platform for scientists,” says Ala Santos, CEO of Polonium Foundation.

All events held during “Science: Polish Perspectives” promote interdisciplinarity and best practices in publicising. This year the organisers celebrated the tenth anniversary of the first SPP.

The Polonium Foundation team is made up mostly of volunteers who are active researchers and people with scientific backgrounds, working extremely hard to promote and network Polish researchers.

In addition to SPP, the Polonium Foundation also organises more low-key meetings, SPP Meetups in different parts of the globe, and has given rise to the Polonium Network, a networking platform for scientists. The Polonium Network provides access to job opportunities, other researchers, information on interesting events, a mentoring programme and a series of Career Cafe events.

Links to the Polonium Foundation website and its social media: